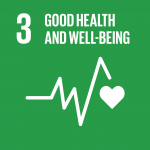 This project rebuilt and enhanced access to public health infrastructure through the reconstruction of Atta Habib Medical Centre in the eastern Gaza City neighbourhood of Shujaia. Necessary equipment was supplied for the building to run the health-care clinic. The construction work undertaken included maternity and child wards as well as facilities for dental and lab services. Furniture and communication systems to enable the operation of those services were also provided.

Link of the Project to National Priorities

This project provided a platform for the Government and partners in the relief and early recovery effort to advance the Gaza Early Recovery and Reconstruction Plan 2014–2016.

Back to IBSA Fund Annual Report