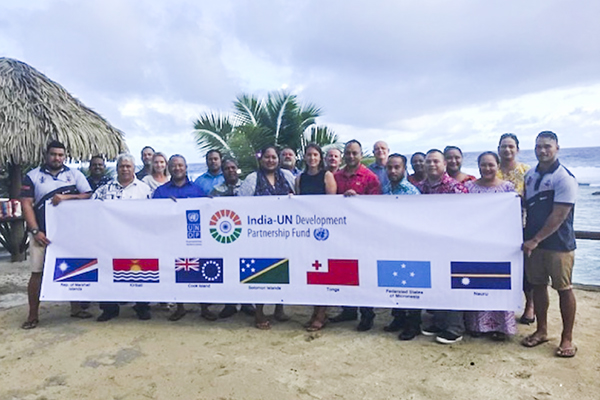 India’s Prime Minister Narendra Modi announced new grants to the India-UN Development Partnership Fund during meetings with leaders of the Caribbean Community (CARICOM) and Pacific Islands Developing States (PSIDS) alongside the United Nations General Assembly in September. 14 million USD will be given to projects in the Caribbean and 12 million USD to projects in the Pacific.

The India-UN Development Partnership Fund supports Southern-owned and led, demand-driven, and transformational sustainable development projects across the developing world, with a focus on least developed countries and small island developing states. The Fund is managed by UNOSSC, and United Nations agencies implement Fund projects in close collaboration with partnering governments.

The Government of India has previously committed $100 million over the next decade to the Fund, to support projects that are in alignment with the 2030 Agenda. The Fund adheres to the principles of South-South cooperation, and places a priority on national ownership and leadership, equality, sustainability, development of local capacity, and mutual benefit. A Commonwealth Window has also been established within this Fund, representing $50 million over a period of 5 years.

Established in June 2017, the Fund has already enabled 44 development projects in 44 countries across all 17 Sustainable Development Goals.

The new funds for CARICOM and PSIDS countries will facilitate capacity building and cooperation in disaster management and resilience, among other areas.The CARICOM and PSIDS meetings alongside the 74thGeneral Assembly brought together the heads of governments, prime ministers and foreign ministers to address a wide range of topics including sharing of development experiences for attainment of SDGs, enhancing cooperation in renewable energy as well as implementation of projects under the India-UN Development Partnership Fund.